how to help a suicidal friend

Yesterday, a friend informed me that someone we know was found in an attempt to slash his wrist. Thank god for the blunt knife, he ended up with only a bruised wrist and not dead, yet. One question that popped into my mind the moment I heard the news was "Why?".

What could possibly made him do that? What triggered him? Now I feel obligated to educate myself and hopefully others out there about how serious this issue actually is.

I have spent several hours reading through some very fantastic websites and would like to use this article from Metanoia online. The word metanoia itself means " a change of mind".


The first and most important thing we should know is that THIS IS THE REAL THING, NO JOKE. Do take it seriously. Keep in mind that 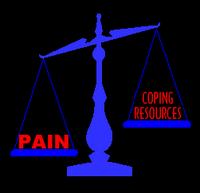 "Suicide is not chosen; it happens when pain
exceeds resources for coping with pain"

meaning that there's more pain than the person can handle.

Here's the list of "What You Can Do To Help Someone Who May Be Suicidal?"

Lots of hugs & muahhss from Jelita78 at approximately 12:35 pm