Yeah, I know I've just watched the Harry Potter, but since I'm still upset about how it ends, I'm gonna blog about the Transformers, instead.

I love it !
LOVE it sooo much !
I think it was superb.
The storyline was totally unpredictable.
The robots were awesome.

The film was shot with 3D camera, hence watching it in 3D was the most perfect viewing ever!
Those who are not the transformers cartoon-fan, may not be able to get the who's who, but still can gawk at the special effects.
Directed by Michael Bay, Transformers : Dark of the Moon is the third instalment for this series of science-fiction-action franchise.
Like the first and second film, Shia LaBeouf, Josh Duhamel, Tyrese Gibson and John Turturro returned to star in here, with Peter Cullen as the voice of Optimus Prime and Hugo Weavingas the voice of Megatron. 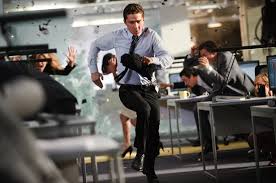 The obviously new and sexy angel, Rosie Huntington-Whiteley who came to replace Megan Fox, actually did a pretty good job handling this action packed movie.
And I definitely not complaining about the dreamy looking Patrick Dempsey either.

The first film Transformers (2007) was about the start of the alien-robots of team-good, Autobots versus team-evil, Decepticon, invading planet earth to search for the Allspark cube.
The second film Transformers : Revenge of the Fallen (2009) was about Megatron being resurrected and Decepticon's long-trapped-leader, The Fallen's quest to harness energy by destroying the Sun and life on Earth.
This third and heard to be the last of Michael Bay's film, was about the Autobots long-trapped-leader, Sentinel Prime being resurrected and actually turned to join the evil-team in their quest to transport hundreds of concealed Decepticons buried on the Moon to the planet Earth and take over the world, making human the slaves. 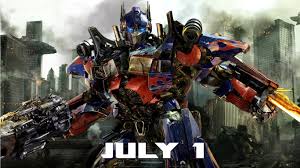 Sounds like a boys movie.
And I have to admit that I may not enjoy it as much if I haven't gotten married to a Transformers nutto and gave birth to two boys with genetically transferred Transformers-nutto DNA.
Bwahahahhaa !!


All in all, I'm satisfied with it, although I do wish that Michael Bay did not end the film so abruptly after a few minutes of the climax!
Coz everybody went home wanting for more.