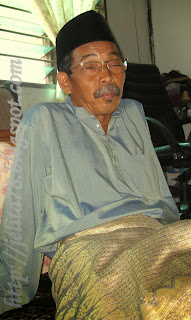 I regret for not making the effort to get to know him.
Totally my fault.. Ampunkan Aida Ayah..
But I'm glad that Amin shared his greatest interest with him.
And that was herding cows.
My father in law breed and raised about 13 cows all by himself.
He was full of passion when talking about cows.
He enjoyed breaking his sweat throughout the day just to care for these cows.
And that's why I ended up crying like mad when we sold off the cows 3 days after he died because there's no one to take care of them.
It was also unfortunate that Ayah died a month before I gave birth to Arif, because I'm sure Arif would love to get down and dirty becoming a farm-boy like his big bro Amin playing with these cows.
Here are some pictures that I want to share in memories of my late father in law..

Our one and only family photo, during Aidul-fitri 2005 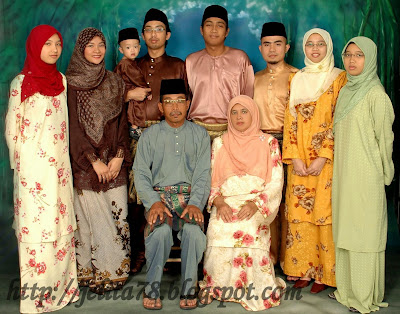 Thanks to Tokwan, Amin got to ride on Frank - that's what we called the paddy harvesting machine 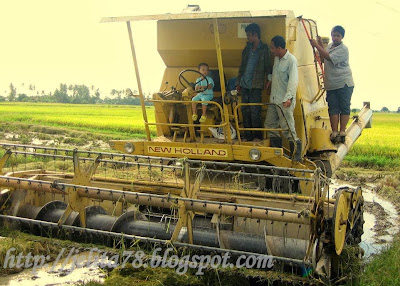 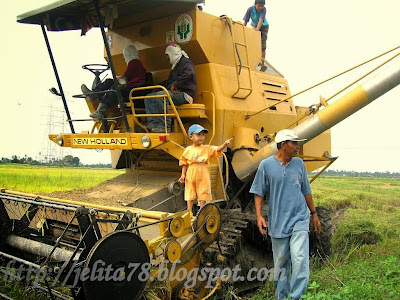 Walking the cows back to the barn 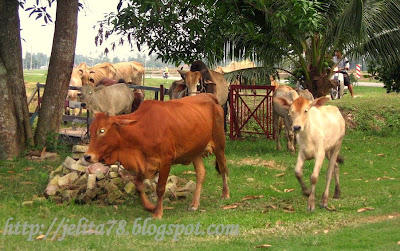 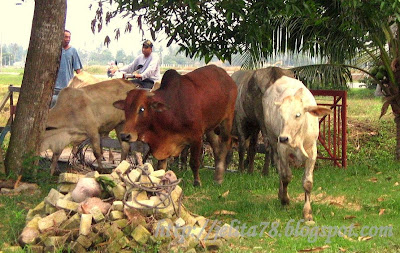 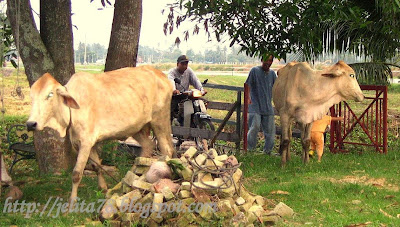 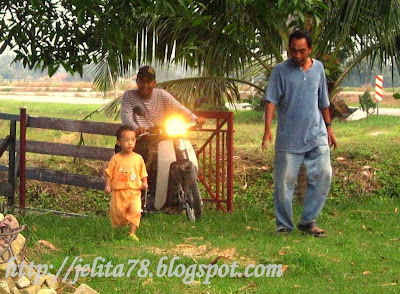 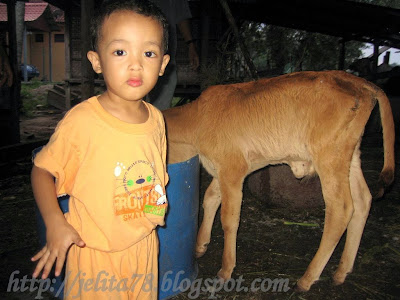 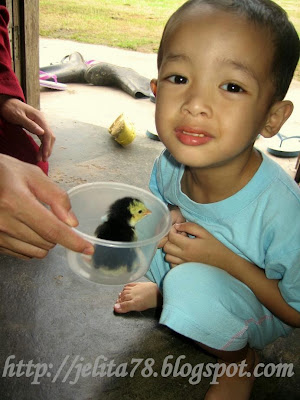 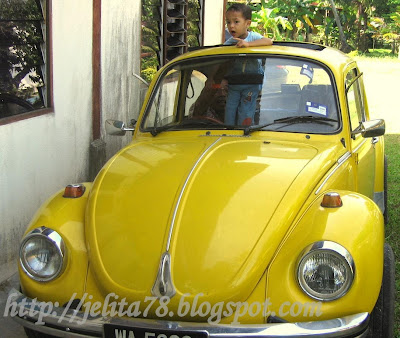