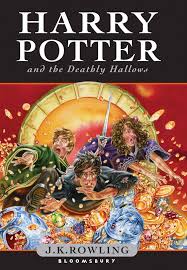 Based on the seventh and final JK Rowling's Harry Potter novels, this movie Harry Potter and the Deathly Hallows has definitely lived up to all expectations.
Nope, I don't read the novels.
I am just a sucker for the movies! 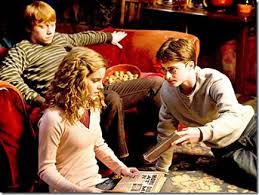 This movie is full of suspense compared to the rest because in here, the Lord Voldemort and gang has taken over the ministry of magic and the main quest is to destroy Harry.
Hence, Harry has to be in hideout and always on the run. 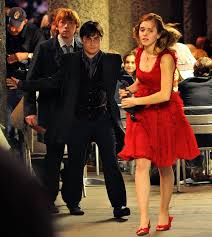 The three friends apparate to tons of places to hide themselves.
And it gets very difficult for them to figure out how to defeat the Dark Lord as their main guide, Dumbledore, died in last instalment movie.
Plus, they now no longer have any protection from the other good-guys team because at one point, their hide out has been compromised and they had to split up apparate to save themselves. 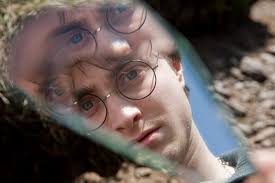 The quest gets more thrilling when almost all the people they've gone to seek for help either has switched side, or has just been killed.
Trust no one, is definitely the most suitable tag line, after lets apperate, of course!
I find myself to constantly slapping hubby's hand to tell him to quikly run, teleport from there! 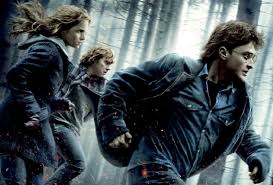 Take note, not advisable to bring kids to this movie because there are several scary scenes, such as the snake eating people and snake attacking Harry, and the Death Eaters scene.

Although the movie plot sounds serious (and yes, I do take it seriously!), the movie has plenty of first class sense of humour!
Seriously, no stupid jokes, they're really funny!

To all Harry Potter fans, this is THE BEST instalment ever!
Well, to be honest, I thought of that after watching each instalment movie series anyways.. LOL
Can't wait for the Part 2 next year !!
(pics googled from the net)
Lots of hugs & muahhss from Jelita78 at approximately 9:34 am