..for the recent Eid ul-Adha. 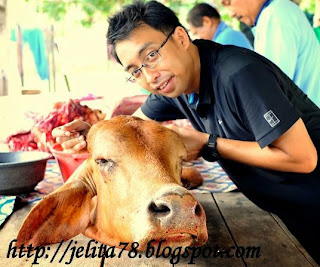 Date : 17th November 2010
Venue : Kampung Tanjung Batu, Nenasi Pekan Pahang
Event : Eid ul-Adha 1431 Hijri
It's another huge religious holiday celebration for muslim all around the world, after the Eid ul-Fitr.
Eid ul-Adha marks the end of hajj season, the annual muslim pilgrimage to mecca.
The history behind this day is to commemorate the willingness of Prophet Ibrahim a.s to sacrifice his son Prophet Ibrahim a.s as an act of obedience to Allah, before Allah intervened to provide him with a ram (male sheep) to sacrifice instead. 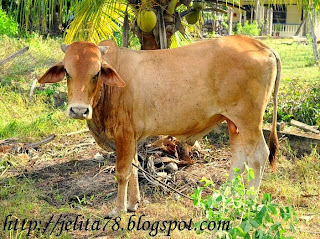 Not many muslim knows this but the merit (pahala) of sacrifice (qurban) is that for each hair-fur on the animal, and for every drop of blood shed by it, shall cleanse each sin (dosa) of the muslim.

Islam is very tolerant in costing aspect as it is set that each sacrificed animal must be shared by seven people.
If we take for example in my case, the cow was RM 2300, divide by 7, resulting in RM328 each muslim.
And that is why we are encourage to sacrifice every year because it only takes a Ringgit a day to save up for one seventh of the cow cost.

I'll spare all the gory pictures of the slaughter, as it is not meant for the faint-hearted.
So, it'll be just the family piccies. 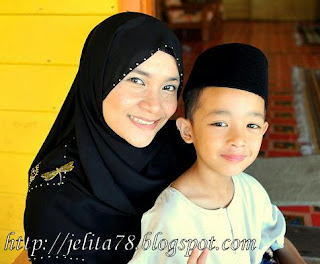 We opt for black and white theme.
But to be honest, it was actually a last minute decision as I flipped through the kids wardrobe and found several Thoub, a single piece dress that covers the whole body, that were given to us by relatives recently performing umrah.
And mine was bought by my mom during her recent umrah trip.
So, wallaaaa !! Check out our Arabian look ! 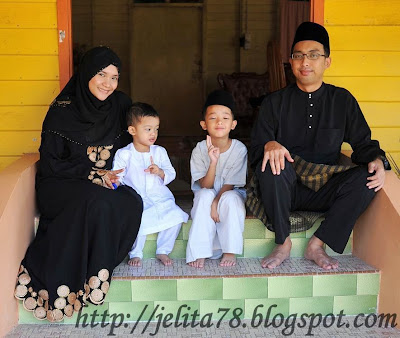 Well, just me, and the kids anyways.. haha..
Others were pretty much sticking to the Malaysian style! 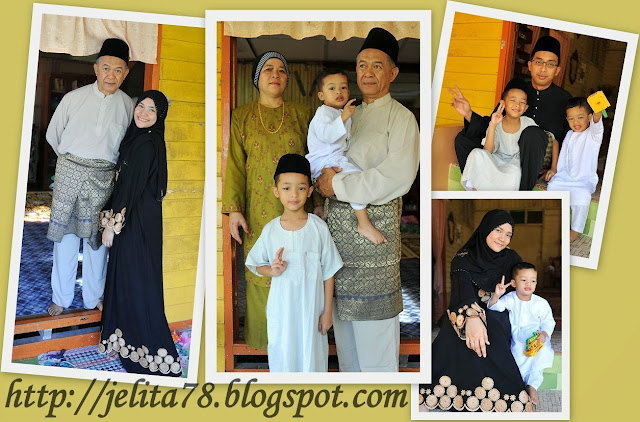 Lots of hugs & muahhss from Jelita78 at approximately 10:18 am