Why is he smiling at me?

Perfect !
That's how I described the latest Disney animation, Tangled.
Apart from the fresh new animal character, unlike other animated Disney movies seen before, this is the first to have Pascal the chameleon.

And not to mention of course, it rekindles back my ever so growing up love for Chuck Zachary Levi !! 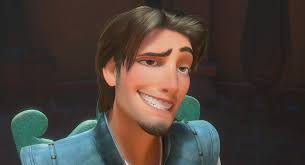 Oh gosh.. seriously, I'm laughing quietly while typing this as I'm recalling the Gezuntite part.
If you haven't watched this movie, no worries, you will not miss this part.
It's pure obvious! Hahahaha 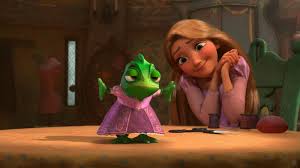 In case you're wondering, this Tangled movie is almost similar to the original Rapunzel tale, well, maybe just the long golden hair and Mother Gothel part to be exact, others are completely off track!
But definitely, I much prefer this Tangled version as it is indeed more fun and less scary!
Click here if you have forgotten (or never knew before) the original Rapunzel's tale. 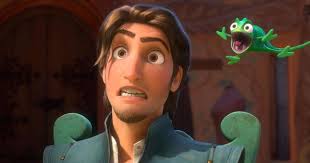 Okayy... for those who have not watched this movie yet, in short, it is about Rapunzel, kidnapped by Mother Gothel who restores her youth by singing to Rapunzel's hair which Rapunzel got the power when her mom ate this magical heeling plant when she got sick during pregnancy, then Flynn climbed up the tower to hide as he was running from the castle guards that's been chasing after him coz he stole the crown jewelled, and that's how he met Rapunzel, and became her prisoner, which.. ok.. I'm running out of breath here.. I thought I can make it short, but obviously, I can't!
So, enough, go and watch it yourself ! 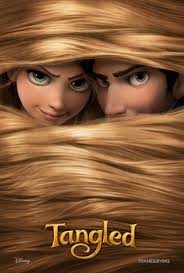 (pics googled from the net)
Lots of hugs & muahhss from Jelita78 at approximately 11:23 pm