What is the better way than to wake up in the morning to the sweet smell of roses?
Going out with the Speedy Roses, of course!
Bwahahahhaa... 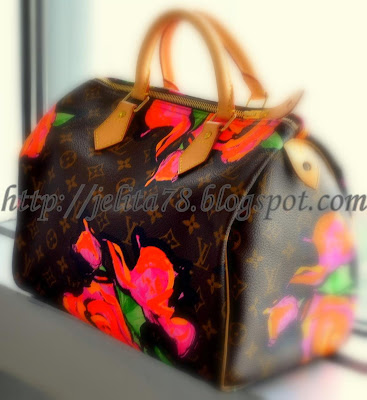 Ok, sorry.. that was not as funny as I thought it would be.
Anyway, this is my 3rd Louis Vuitton purchase, which is the Stephen Sprouse Rose Monogram Speedy 30.
This Rose Speedy was part of the Sprouse Collection for Spring 2009, a tribute by Louis Vuitton to Stephen Sprouse..

Hubby took this picture while facing the large glass window at the airport, making everybody looked dark and of course it was a spoilt picture as he forgot to adjust the iso, but this made me realised that the roses did glow-in-the-dark!
Absolutely aaahhhmeehhzzzing!! 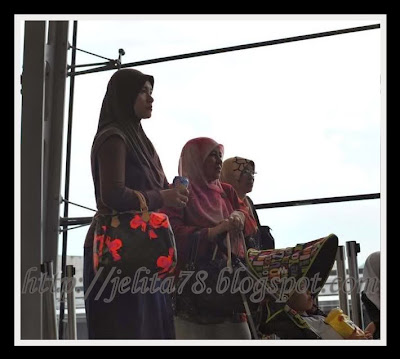 Due to that, I then googled to find out that the prints actually has fluorescent rose pattern that is screen printed through 15 frames, which was said to be the late Stephen Sprouse’s brush painting style.  Just for the record, yes, he's been long dead (year 2004) but his legacy still stands tall until this very day, especially with Marc Jacobs bringing it (his design) back to life.

Stephen Sprouse used Dayglo, which is a tradename for these sort of paints that is also known as Blacklight paint, using blacklight-reactive ink that glows under an ultraviolet light.  Don't need to crack your brains to understand it, because the term is actually fluorescent paint!


And yeah, just like irene-alia, it matches gorgeously too with the Louis Vuitton Rose Pop Vernis Cles (which for the record, bought much later than this).

Lots of hugs & muahhss from Jelita78 at approximately 9:20 am