A day trip down south..

..to Singapore.
Yeah, this is an old news.
I forgot to blog about it earlier.
Oh well, better late than never, huh? It was a last minute decision to just make a trip down south, over the weekend.
We drove down to JB on the night of 25th June 2010.
First time taking advantage of hubby's relatives in JB and crashing over their place for the night.
We parked the car at the terminal and went on foot into Singapore. 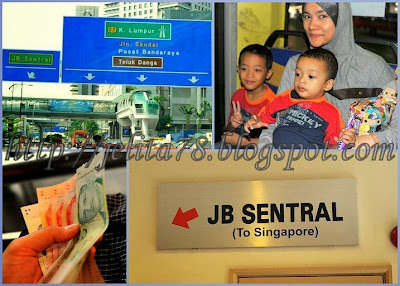 Took the bus, then the train.
And then on foot.
Seriously, it was indeed an adventure ! 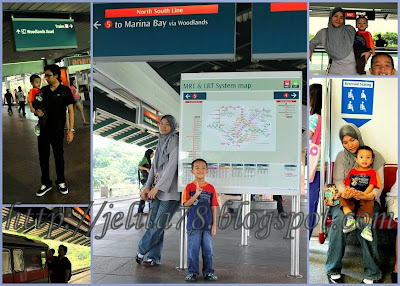 Our first and the only target was Takashimaya.
We were indeed lucky because on that very day, it was the Toy Story 3 movie promo.
There were appearances by the movie characters, Woody and Buzz..
And toys were on crazy discounts.
Yes, I was more excited than the kids.. obviously! 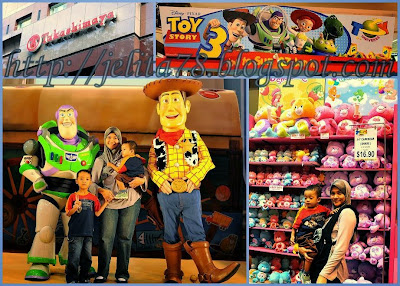 We headed back to JB by 7pm and yeah, that was it, really.
Conclusion:
Lots of hugs & muahhss from Jelita78 at approximately 11:23 am