Since the Disneyland post was too long, I've decided to split it up.

Here's us after the Disneyland trip, we spent the last night in HK to once again roam the city with the trains, of course.
Here's us in the crowded train on the way to dinner.. 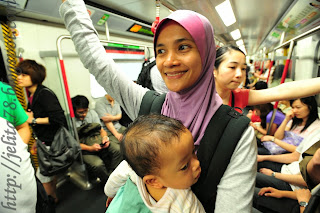 Waiting for our Briyani rice at a Turkish restaurant located near the Times Square area. 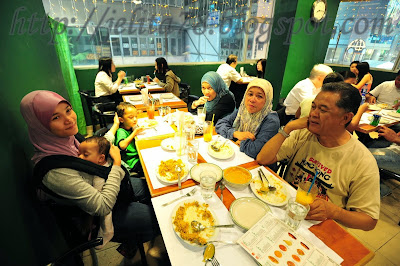 Here's us on the way back to hotel.. not many people in the train as it was already after 10pm..
This was our last MRT ride here.. as tomorrow we will be going back to beloved Malaysia! 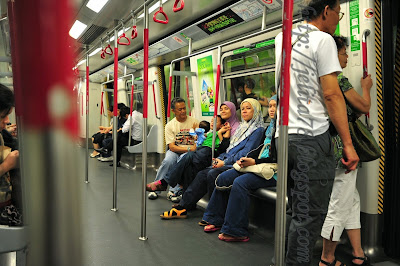 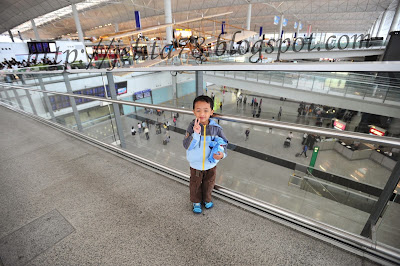 Oh and remember the Buzz lightyear gun that we bought for Amin's at Disneyland? Well, guess what, we almost got held by the authorities as they detected a "gun" while scanning the bag and that particular luggage had to be tagged and escorted separately by the security themselves into the aeroplane! Goshh.. it was a panic moment for us, but kinda hilarious too.  We wanted to hand-carry it but the security said that is a no-no.. haha.. 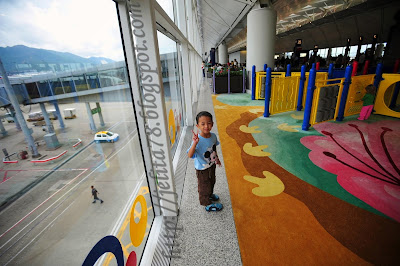 There are plenty of shops at the airport, including the Disneyland store.. So, if you happen to have missed out shopping at Disneyland earlier, no problem! You can shop here and believe it, the prices are indeed the same as sold inside Disneyland itself! 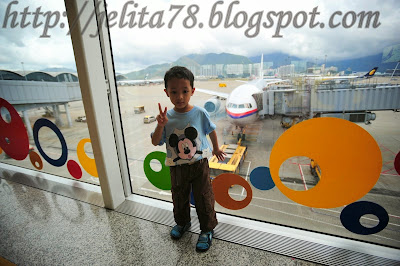 That's all about our trip to Hong Kong.. May we be blessed with health and wealth, for us to embark on another vacation in the future.. Till then, thanks for reading!
Over & Out !
Lots of hugs & muahhss from Jelita78 at approximately 10:30 pm