Since I'm on a long holiday leave now, I have more free times on my hand to keep up with backdated events.
No matter how past they were, I will put it up here on the blog because that is something that I really wanted to do.
Because this blog's main purpose of existence is for ME to keep in memory of things/ events/ happenings in my life, coz I no longer print out photos and make a collage in albums, no longer write in diaries, don't even have a journal either.
Ok, enough on the mumblings, and lets move on. 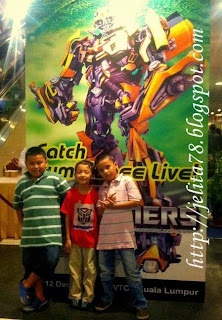 This was indeed the long awaited-anticipated outing of the century.
Me and hubby decided to bring along Amin's best buds - Adam and Alif, relatives from my mom's side.
Arif is included too, of course. 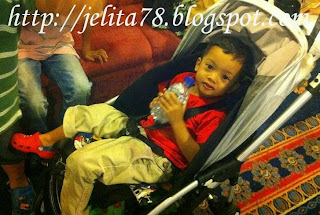 We bought the family package entrance that consists of 2 parents + 5 kids = RM30.
I was solely outnumbered by the 5 boys (plus hubby)!
Oh well, in this case, the whole place was swarming with boys anyways! LOL

I have no idea of cars/ auto mobile in any sense.
But it was indeed an experience and I really enjoyed taking pics of them boys going ga-ga over their toys. 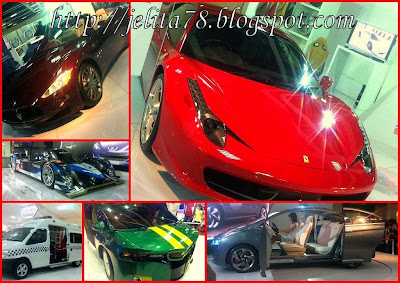 Very impressed with our national car manufacturer, Proton for their revolutionised concept and futuristic take.
They even did a design competition and proud to say that we do have such talented citizens exist. 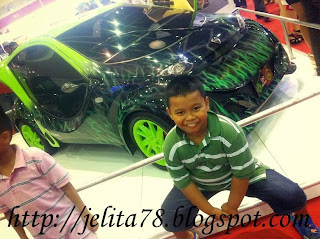 Initially I thought we'll be having a hard time to handle all four boys age 10, 7, 6 and 2.
But boy, was I wrong!
They are all very VERY well behaved and stuck around together like glue!
Oh thank god that they get along tremendously, coz I couldn't imagine what would happened if they ran off in separate direction at one time. However would hubby and I be able to split to 4! 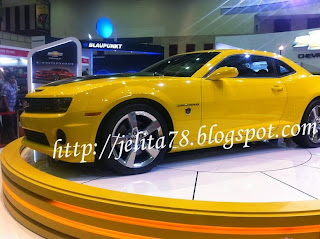 The excitement increased the moment we saw, this.
It's the Yellow Canary Camaro similar to the ones that Bumblebee - Transformers transformed to.
At this moment, not only the kids, but even I was stretching me neck up high among the crowds to search for the robot itself.
Which to our dismay, it's not displayed in the same hall as this Camaro - darrnnn it !!
Ohhh the suspense was killing me!!
And to be honest, at this point of time, none of us were able to focus at any other cars in display because we had our mind, body and soul, set to see Bumblebee.
And every second of the moment was worth the wait.
As we entered the next hall, to find him standing proudly there. 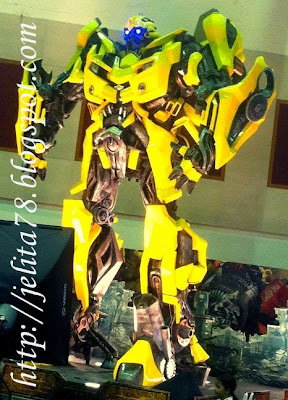 Ohhhhh thank you HASBRO for bringing Bumblebee to us!
The boys and I were really happy to get upclose with it.
Awesome! Absolutely pure awesome! 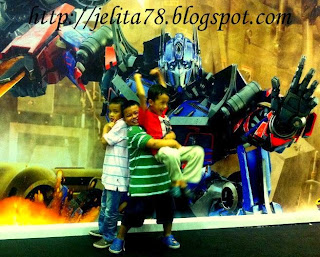 We were so hyped about Camaro and Bumblebee, the last attraction which was the Batman's Batmobile, just seem so lame to us.
Especially when it was merely just cardboard set up.. urrgghhh ! 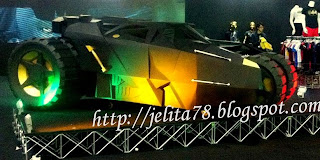 After all the walking and gawking and swooning and picture posing, the most logical and best thing to do next was none other than, eat ice cream!
Kudos to Walls for setting up booth in between the halls. 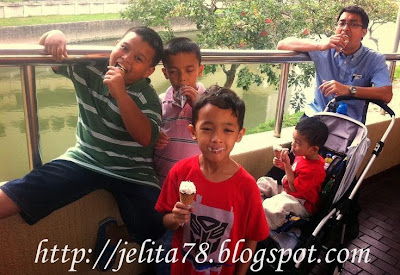 Wonder what they'll be displaying in KLIMS next year.
We're definitely not gonna miss it!

Lots of hugs & muahhss from Jelita78 at approximately 10:00 am