Is there any CSI team nearby?

Please let me know, coz I need to call them up.
Nahh.. no crime here, actually.
But to investigate this mysterious window-breaking incident !

Was about to do a wordless wednesday today, but heck, this is way to serious for that.
Somebody tried to break in our house yesterday. 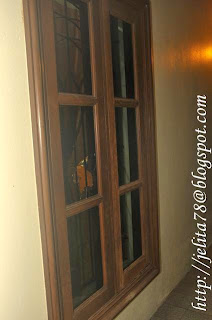 Suspected the attempt being made while we were out eating.We didn't straight away noticed this.
Coz this was at the window facing the backyard. 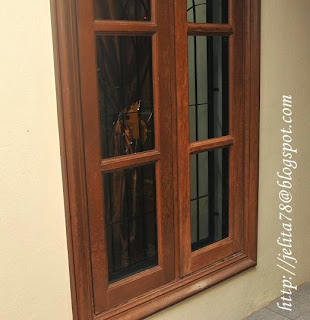 Until my sister walked to the back door, and stepped on shattered glass. 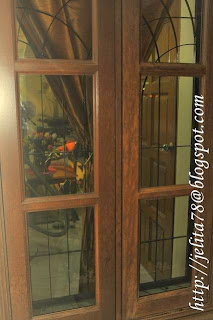 Bits and pieces of them were all over the place and my sister was asking if Arif were playing with glasses before.
I said no, and rushed to help clean it up quick before Arif who has active feet decided to run around that area.
As we're picking up the shiny pieces on the floor, traces of glasses were seen trailing from the window.
My sister flip the curtain, and wallaaa!
What a shocking reveal it was! 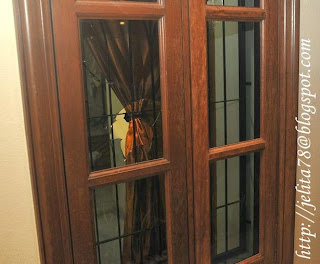 Shit, this is scary.
Glasses on the inside of the house, indicates that the break were made from the outside. 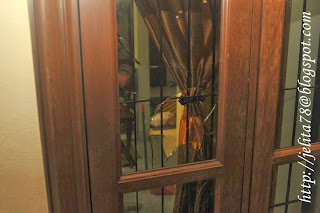 I suspected that someone used a rock to break the window, but as we searched the whole place, no rock nor such object of destruction were found in the crime scene.
Hubby said it could be due to the afternoon lawnmower, but I doubt it because we're not using cheap thin window glass here, to be that fragile and cracked due to tiny rocks flying from the lawn-mowing activities. 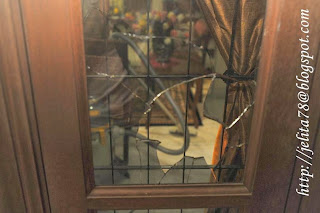 I told my dad and he suspected the same thing too.
What is it with men and being cool and less suspicious??
Hellooooo!!!
Am I the only one who's paranoid here?
Hmm..
Yeah, I guess so.
It's 3am here, and I still can't sleep.
Whilst all the male gender are snoring loudly!
Lots of hugs & muahhss from Jelita78 at approximately 3:20 am