Watched this film a few nights back, and well, lets just say I can hardly recall it. 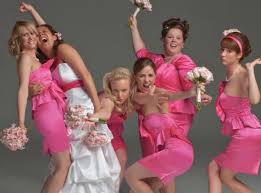 Of course, different people have different review on films.
So, this is just me going against this acclaimed US box office success. 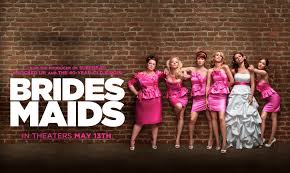 It's about Annie's best friend Lilian's getting married.
During Lilian's engagement party, Annie met other four bridesmaids which are Lilian's cousin, future sis-in-law, some friend and her fiancée-boss's wife who claimed to be the best buds of all which to sum it all up, ended up in rival with Annie in proving who's the most closest friend of all to Lilian. 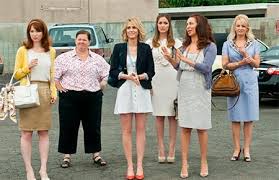 The series of unfortunate events that follows basically relates to these bridesmaids spending time with Lilian, picking out the bridesmaids dresses, planning for bachelorette party and finally the huge wedding ceremony.
Annie became the maid-of-dishonour but of course like any other romantic comedy, the heroin will pull through in the end. 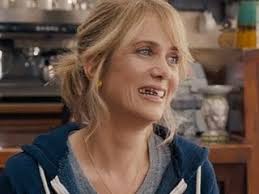 Oh wait, did I just say romantic?
Yes, the only thing that crystal clear in my mind is the officer Nathan. 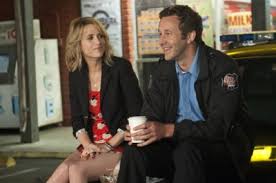 Seamed to be having a crush at Annie, who was in a casual-sex relationship with Ted.
Oh thank god for Chris O'Dowd being the nerdy cute and so down-to-earth, that solely made me stay until the end of this movie. 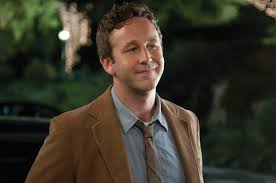 Of course, you can guess, happy ending to all.

Caution : Not to watch with your kids because of the several sex scenes and explicit language used.

(pics and info googled from the net)
Lots of hugs & muahhss from Jelita78 at approximately 11:40 am