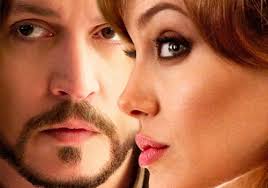 The Tourist.
What more can I say?
Such a waste of film.
Anybody, just any other actor can pull this role.
I'd say this is by far wasting Johnny Depp's time and talent!
Yeah, so he got paid by acting, but shessshh.. what made him this desperate?
He has always picked the most creative roles of all time, and this just doesn't make the cut at all. 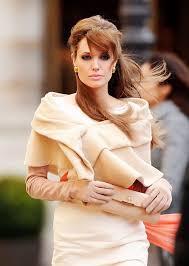 The pout-lipped Angelina Jolie noticeably looks healthy in this film, unlike in Wanted, but that's not the point.
I'm not sure if it is her being naturally 'cold' or that was what her role supposed to be.
But in the end, this film could freeze you to death because Johnny was not at all hot either. 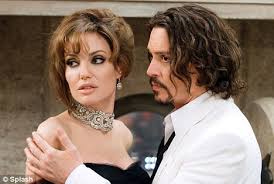 Ok, so there were some twist here and there and the plot was something to be proud of.
But in the end, no press nor film critics could even confirm whether this was a drama or a comedy genre.
Johnny's attempt to be funny, just not funny at all.

Hmm..
Well, for what it's worth, at least you get the gawk at the beautiful Paris and enchanting Venice scenes.


(pics googled from the net)
Lots of hugs & muahhss from Jelita78 at approximately 10:03 am