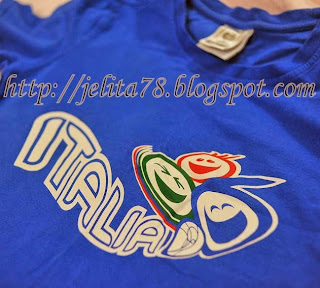 Yes, this was my tee 4 years ago.
I didn't even expect Italy would win but heck it was indeed an excellent prediction alright as I bought this tee way before the FIFA 2006 started.

Why did I support Italy at that time?
Because of Filippo Inzaghi, Alessandro Nesta, Fabio Cannavaro, Gianluigi Buffon, Gianluca Zambrotta and Francesco Totti.

(Yes, this it the smokin' hot Totti if u must know!)

Believe or not, I was a devoted football fan.
I even played the Football Manager on Yahoo Games and formed a group to compete with the boys at work.
Yeah, those were the days.

Lately, I have no interest to follow football anymore.
But there's always been a soft spot in my heart and soul for the World Cup !!
Surprisingly, it is very difficult for me to pick my team this year, because all my favourite players are no longer around.
No more Jens Lehmann, Michael Ballack and Oliver Kahn in the German team.
No more Frenchmen Fabien Barthez, Syylvain Wiltord, Claude Makelele and the ever controversial Zinedine Zidane.
No more Spaniard Raul Blanco Gonzalez for me to ogle over. 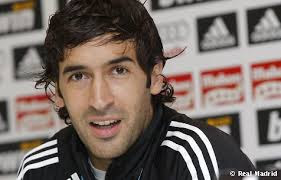 Hubby said that he will not stand beside Thierry Henry like before, but instead betting on England..

I have read the teams profile and I sort of plan to lean towards the Dutchmen.

But the other part of me wanted to keep on cheering for Buffon and Zambrotta.

Although we all know that the possibility of Italy being defending champion is very very VERY slim.

But at least it will save me the hassle of buying a new tee, huh?

Hmm.. ok.. I seriously can't decide.
Let me sleep on it.
..and see which hunkalicious player made his debut in my dream tonight.. bwahahhaha


(player pics googled from the net)
Lots of hugs & muahhss from Jelita78 at approximately 1:07 am