Since I'm not in the mood to blog, and in case if this feeling prolonged, I'd like to wish all my readers a Happy Ramadhan.

Please forgive me for all my wrong doings.
Hope that this fasting month will be smooth and easy breezy for us all, and may our Iftar be fun and joyous!


(pics googled from the net)
Lots of hugs & muahhss from Jelita78 at approximately 3:20 pm 2 comments: 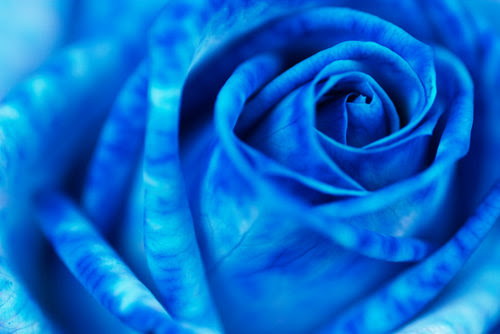 Maybe it's the rainy morning?

Maybe it's the cold wind?

Maybe it's because Malaysia lost to Singapore in last night's football match?

Maybe today's the last day I got to eat dinner with my mom and dad, coz their flight to Mecca is tomorrow noon, and I will not go through this fasting month with them?


(pics googled from the net)
Lots of hugs & muahhss from Jelita78 at approximately 10:48 am 8 comments:

DO NOT CLICK ANY LINK RELATED TO IT !
This is a SPAM site.
It started with my dad, he went in form his gmail.
Because he got the link from his friend stating that his friend has left him a message at myzamana.

This site will grab all your gmail contacts and push spam emails to everybody in your contact list.
Being Gmail, your contacts list will have all the emails addresses that you have corresponded with before.
The site will sent emails stating that you have left a message for the recipient to read.

And it will invaded the recipient's contact list when he/ she click in the site to read the message!
DO NOT BE FOOLED, THERE'S NO MESSAGE THERE!
THIS IS A SPAM.
Stop the madness now!
Lots of hugs & muahhss from Jelita78 at approximately 6:30 pm 6 comments:

Bonkers about me hate it 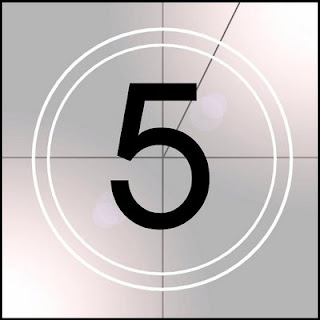 Another 5 more days to the most awaited fasting month of Ramadhan.
Both of my parents will be boarding the plane to the holy land, Mecca to spend the whole month there.
Something that mom has been planning for so long.
I'm happy for them.. of course.. even wished that I could come along.
But, maybe just not my time, yet.
I'm already feeling like this is gonna be one very sad Ramadhan for me..
Sob.. sob.. 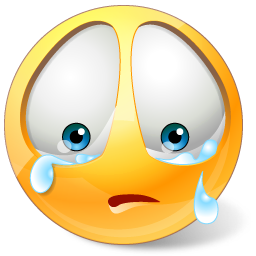 (pics googled from the net)

Lots of hugs & muahhss from Jelita78 at approximately 2:58 pm 1 comment: 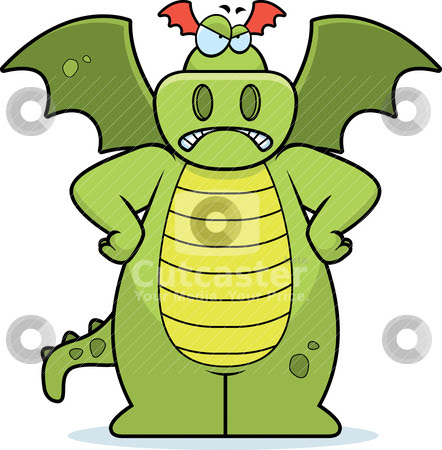 That's me, right now.
Amin got exam starting Tuesday 26th July and he JUST told me about it!!
No letter notification from teachers??
What kind of school is this??
Urghhhh..
Thanks to Zie from work confirming that his son also has exam starting next week.
It's like every Standard One student nationwide will be having exams. 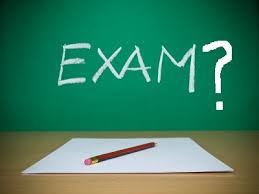 So, now, I am in full swing with Amin doing revisions, at the same time screaming at Arif that keeps bugging us, also wanting to do revision with coloured pencils and paper!
Aaarrrggghhhhh!!!


(pics googled from the net)
Lots of hugs & muahhss from Jelita78 at approximately 8:30 pm 4 comments:

Once again, Arif was having bad stomach ache a couple of weeks ago.
He vomited since the break of dawn and got me worried sick.
By noon, there's practically nothing in his stomach as he kept vomiting every single thing that we gave him.
And he's already scared of eating anything.
We took him to the doc and he said it was just gas.
But perhaps the gas was too much, causing him to constantly vomit, even the medicine got out.
We were advised to give him small bites of food, with time gap, like a munch in a few minutes.
Just to slowly get the food into him.

I almost forgot that we have this glucose Glucolin blackcurrant drink.
Oh thank god for my Glucolin-born-fanatic-hubby! hahaha.. yes, this is hubby's drink!
And it's a must to stock up, during the upcoming fasting month of Ramadhan.

Just to note, for vomiting kids, best to give glucose to cover the loss of water and to provide instant energy.

And for the food, I made small cuts bread with nutella.
First, take a white bread.

Then, remove the edges and cut it to 9 squares.

Next, splat the nutella on top.
There you have it, Arif called it baby-nutella !

And this was what left of it, after 30 minutes of slow and steady munching.
Phew.. no more vomiting after that.

And of course, with every baby-nutella, must come the big-brother-nutella too.
Amin's nutella is slightly bigger than Arif, of course.
I made the 4 square-cut for him.

Simple and cute.
And the most important is that, it works !
Lots of hugs & muahhss from Jelita78 at approximately 11:25 am 5 comments:

Bonkers about food, me do it, sick

Such a cute name, aye?
Suits the place very much, with the pink-red-toned chequered tiles and table tops.

Apart from the lovely round delicious looking chicken mushroom pie, there's this large chicken turkey sliced sandwich, so huge that it must be the portion for 2 people!
No, QZ did not finish all of this by herself.. tapau it back to the office..

I don't know what to categorise this place as, because it serves both the western and local selections.
Fusion might best described it, then.
Gya opt for the classic lasagne.

While Nadz went traditionally with white rice and chicken curry.. ohh this curry was nice!!
And you'll be surprised to find there's actually sticky-rice durian served for dessert.

Note that we got FREE ice cream desserts for purchases more than RM40 !!
Woot Woot!!
Which we then chose the ice-cream-banana-wrap.

Lots of hugs & muahhss from Jelita78 at approximately 5:41 pm 4 comments:

Lots of hugs & muahhss from Jelita78 at approximately 9:54 am 12 comments: 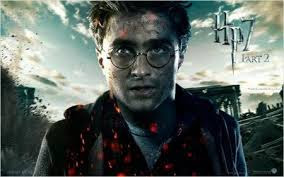 Dammmittt.
Something is not right here.
Seriously!
I've been waiting for this Part 2 for sooooo long.
And now after I've watched it, I am not satisfied.
Yes, no doubt, I am a Harry Potter fan, but ... sigh.. I wish there were more to it in this instalment..

(pics googled from the net)
Lots of hugs & muahhss from Jelita78 at approximately 11:20 pm No comments:

Fish and Squid for breakfast ??

Yup.
You heard that right.
It's deep fried fish and squid for breakfast, believe it !

My officemates and I would love to come here every morning, but only if we managed to get to the office before 8am, which in our case, very very rare.. hahaha

Best eat with roti canai on the banana leaves.
With teh tarik (milk tea), of course !

This must be one of the most unique things about Malaysia, our cuisines are just crazy.
Don't cha think so?
Lots of hugs & muahhss from Jelita78 at approximately 10:00 am 5 comments:

I don't get what the fuss is about..

Hello readers!
Once again, I'm on my quest to blog as much about lunch-outing as possible.
These food pictures are flooding my iphone and my officemates are wondering why do I always snap pics when we're out lunch, but fail to blog about it instantly.
Sorry mates.  I'm slacking.  I know!

This time, I think it must be due to the location.

Located in Bangsar.
Located at the exact spot of the old Devi's Corner.
Located at a corner lot area, impossible not to pass by it, in this small crowded Bangsar area.
Chawan is the name.
And I just don't get what the fuss is about this place anyway.

Asam laksa, which Nadz discovered that the junks were too much inside it.
Making it a hassle to eat.

Briyani rice with chicken, that Skin and Zie rated as so-so.

Lontong..
This one, at first I liked it, but after a few bites, it sort of felt too much on the coconut milk.

Maybe I can just give the credits to the drinks.
The ice blended coffee and the tripple layer frappé did impressed us.

Or maybe it's just the heat?
Hmm..
Being in Bangsar zone, I would say it's such a hefty price to pay for a typical kopitiam so-so standard.
Lots of hugs & muahhss from Jelita78 at approximately 1:14 pm 3 comments:

Yes!
Just like the Royal Wedding scenes that I blogged about recently.
I took the opportunity to wear this hat during Amin's sports day last weekend.

It was after all, an outdoor field event.
Assuming to be hot and sunny.
Such a perfect weather and event, for hats and such.. don't cha think so?
I specially requested my officemate, QZ who went to Melaka for a product roadshow to search and buy one for me.
I was superrr excited to wear this hat.
Heck, I even thought I'd be the only one wearing it.
But who knew, I was dead wrong.

The teachers beat me to it.

And I felt like stealing this one from her!
Pure envy!!

So, in the end, I don't feel pretty any more.
Naahhh, here! YOU wear it, hun!

Lots of hugs & muahhss from Jelita78 at approximately 4:05 pm 9 comments:

Lots of hugs & muahhss from Jelita78 at approximately 10:40 am 3 comments:

Still and also about sports;
My die-hard-Arsenal-fan hubby went to the Arsenal's team training session this evening.

And came home smiling ear to ear as he got this thrown by Vito Mannone to the spectators.

In conjunction with the Arsenal Asia Tour 2011, the Malaysia team will play vs Arsenal tomorrow night, at Bukit Jalil Stadium.
Yes, hubby is going with his guy-office-mates
Yes, I'll be at home attending the kids.
Yes, you owe me, big time, hunny!!
Lots of hugs & muahhss from Jelita78 at approximately 11:54 pm 2 comments:

As usual, there's the Red, Yellow and Green house too.

The whole school's getting ready to begin the event.

Started with the official marching into the field, each classroom, one by one.

Followed up by chilling up inside the tent because it ended up drizzling.
Here's Amin with his classmates.

After an hour waiting, finally the sun came shining down on us.

Where he had to move around the obstacle cone by rolling this ginormous ball around it.

Then, had to picked the ball up to jump over the mini-fence.
And rolling it back the other way for the next team member's turn.
Look how huge the ball was.
Look how cute the fences were! hahaha

Amin did great!
But it was a team effort and it's all about spirit of participation.

But Amin was not that happy, because his best friend Rayyan in Red team got Silver.
Amin wanted to get Gold medal.
I had to keep reminding him, this was team effort and although he ran the fastest, it all depends on the whole team.  Hence, I told him, next time, we enter the solo run, ok!
But for now, Congrats on your FIRST EVER SPORTS MEDAL, Amin !!

Lots of hugs & muahhss from Jelita78 at approximately 11:21 am 5 comments: